For a lot of aspiring young artists, there’s one thing that they see as the light at the end of the tunnel, the gold at the end of the rainbow, the ultimate goal: the record deal. For a lot of artists, the aim is to keep building up your following until you can get the attention of a major label and get signed. The idea is that you will then have the kind of power behind you that can propel you from an up-and-coming artist to a household name. For a long time, this is exactly how things worked. You worked at the low level until you got picked up by a label and you were then skyrocketed to fame thanks to the kind of money and experience that they brought to the table. But is that they way things are now? There’s a very good argument to be made that it’s not. There are a lot of different factors that go into it, but labels may not have nearly as much power as they used to. Here are just a few reasons why you might actually be better of without a record deal.

You don’t have to deal with contracts

Just about everyone feels nervous about signing contracts, no one moreso than an artist. When you sign a record contract, you’re giving away a lot of power to the label in terms of the music that you make and the way that you present yourself. In an ideal world, a record label would simply put up the money and support that you need while leaving you in total creative control. However, that’s not always the case. Instead, many record labels use complex contracts to back artists into a corner and manipulate them into doing what they want. By staying unsigned, you retain total freedom over the music that you want to make.

You can still make your mark without one

Needing a record label to get your music out there used to make a lot of sense, after all the only way to get your music heard was for it to be on the radio or on TV and most of the time radio DJs weren’t going to play music by anyone other than major label artists. These days unsigned artists have dozens of different avenues through which they can expose people to their music. Sites like Soundcloud and Bandcamp allow you to put your music online for anyone to see. Plus you can often find some of the top open mic nights to actually get your music out to people as directly as possible. Being able to build a following from the ground up is something that many artists weren’t able to do before but now, thanks to the internet, it’s surprisingly easy to build up a dedicated audience.

It isn’t the best way to make money

When you’re signed to a major label, that may mean that more people are buying your music, but it doesn’t mean that you’re going to end up seeing very much of that money. By the time everyone from record executives to marketing departments have taken their cut, artists are actually left with a very small percentage of their sales. By choosing to do things on your own, you get to keep a much larger cut of the money that you earn. Sure you’ll probably have to invest a lot of it back into the music itself for things like posters and studio time, but at least you get to choose where the money you make actually goes.

The reality is that the modern world has created an environment in which there really is no right way to “succeed” when it comes to making your own music. You just have to find the path that’s right for you and be willing to put the work in every time. 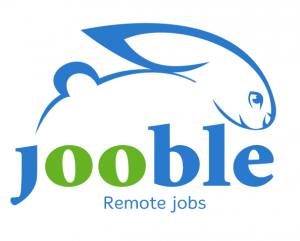 I loved our strategy call, her points were clear and straight to the point. She listened to my problems and suggested things that I haven’t even thought of. I will most definitely work with her again soon.

“I have really appreciated the space to discuss my professional development and challenges in the workplace with someone who is not my line manager or directly related to my place of work.”

“Janice has helped me carve out some time to focus on my personal and professional development and to be able to have a sounding board for any concerns or questions I have. She is a very good listener and provides practical advice, and was also very flexible in scheduling the mentoring sessions.”

Janice knows the ins and outs of podcasting, from setup to launch to promo. Her insights got me organized and saved me a TON of time. Now instead of being frustrated with doing a podcast, I’m a confident host. Thanks, Janice!

Janice Chaka is my secret weapon in the world of podcasting. There is a lot of noise out there in podcasting debates on microphones, intro sequences, platforms, but she cuts through the fluff to craft a strategy that fits your goals, needs, and personality.